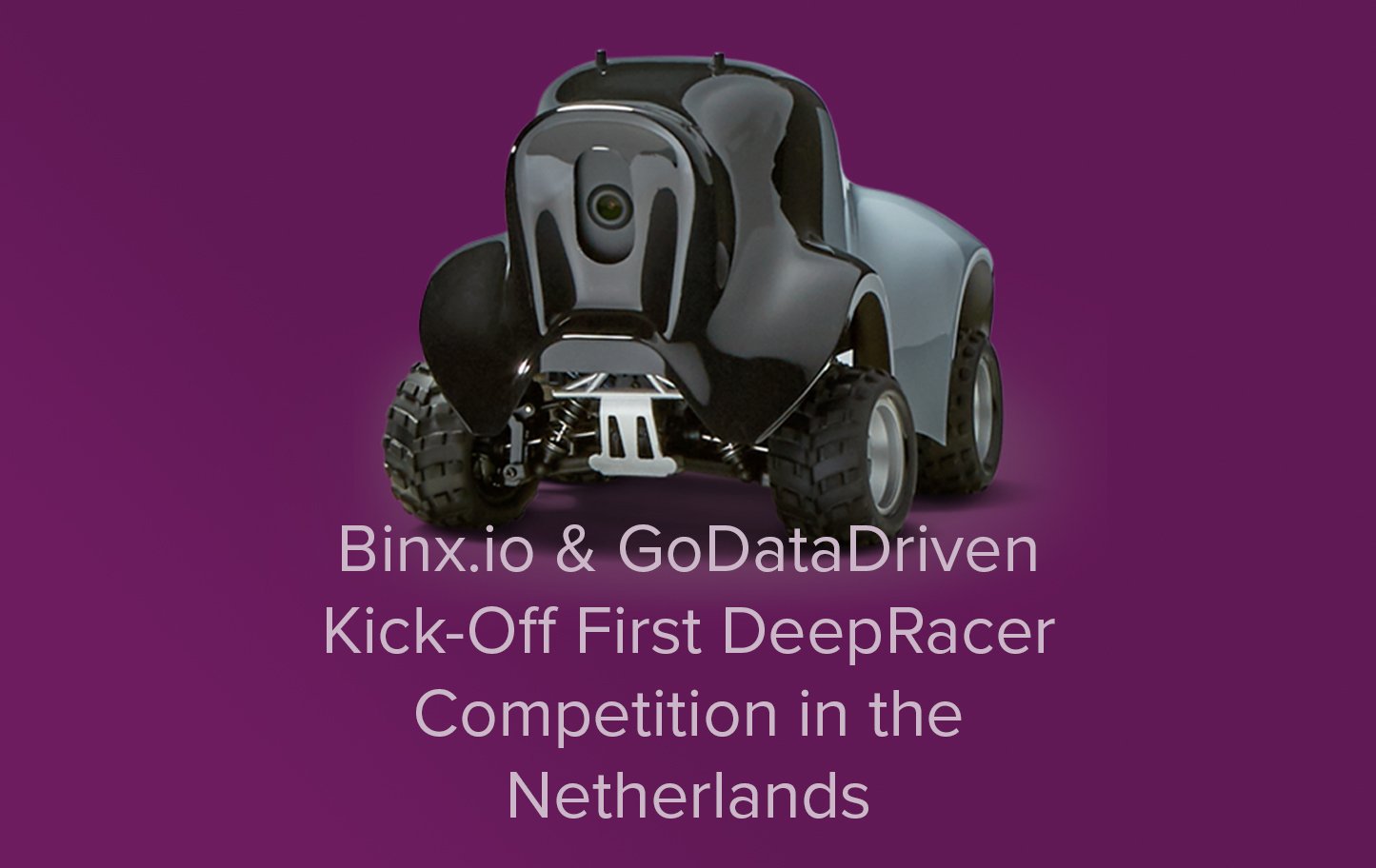 The goal of the competition is to demonstrate the possibilities of Machine Learning and Cloud Technology to the members of SURF by offering the opportunity to play around with machine learning technology on AWS in a fun and encouraging, competitive, environment.

“This DeepRacer competition allows institutions, researchers and students to learn more about the opportunities that AWS ML and AI services offer. At the same time, it supports the creation of a ML community among our institutions”, said Michel Wets, Team Head Cloud Services at SURFnet.

During the competition, three physical races are being held and two virtual races take place. The competition starts in April with the preliminary rounds. After three competition rounds, the finals will take place before the end of the academic year.

This unique competition became reality because of the collaboration between three organization with a clear focus on cloud technology and machine learning: SURF, GoDataDriven, and Binx.io and the support of Amazon Web Services.

AWS DeepRacer is a 1/18th scale race car which provides an interesting and fun way to get started with reinforcement learning (RL). RL is an advanced machine learning (ML) technique which takes a very different approach to training models than other machine learning methods. Its superpower is that it learns very complex behaviors without requiring any labeled training data and can make short term decisions while optimizing for a longer-term goal.

“With this DeepRacer competition we provide developers with the opportunity to go hands-on with an advanced technique like reinforcement learning. Step by step, the participants will learn how to develop and optimize their models to win a race", said Diederik Greveling, machine learning engineer at GoDataDriven.

SURF mobilized its members to participate in the competition. Binx.io ensures the cloud components are ready and on-boards the teams on AWS. GoDataDriven shares their knowledge about building, training and delivering RL workloads in general, and to the AWS DeepRacer in particular.

During this exhilarating competition, teams from universities and institutes based in The Netherlands use AWS cloud technology and machine learning services to train a model that allows the DeepRacer model race cars to compete against others.