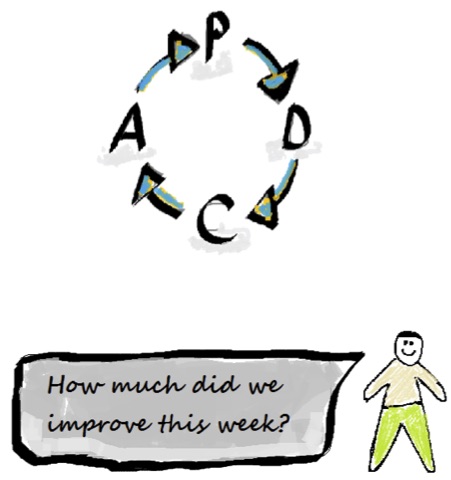 You are working in a Kanban team and after a few months it doesn’t seem to be as easy and effective as it used to be. Here are three tips on how to get that energy back up.

by Jeroen Willemsen and Jasper Sonnevelt

Kanban should be the default choice for DevOps teams

We had a successful workshop on DevOpsDays 2014. Our main point was that Kanban should be the default choice for DevOps teams. The presentation can be downloaded here.

DevOpsDays 2014 was a success

On the 19th, 20th & 21st of June 2014 the second edition of DevOpsDays Amsterdam was held in Pakhuis De Zwijger in Amsterdam. This year I was asked to teach a course there on Kanban for DevOps. At the 2013 edition I also gave a presentation about this subject and it was nice to be invited back to this great event.

With the Open Source mindset in mind I teamed up with Maarten Hoppen en Bas van Oudenaarde. Our message: Kanban should be the default choice for DevOps teams.