Working abroad has been a wish of mine for some time now. Xebia offers me the opportunity to live and work in India. Through this blog series I will keep you informed of the progress and challenges of this project.
Last week I have spend a lot of time looking for a suitable apartment to rent. It has been quite an experience. I was very lucky to have the help of my Indian colleagues. The most important thing I’ve learned this week is the importance of judging people. I’m not sure if I’d be able to perform this art on my own just yet, but I’m learning.
After searching for a full week, I’m happy to say that I have found a very nice apartment in a very good area of South Delhi. I’ll try to move in next week.

Furnished or Unfurnished, that’s the question
When I came to India for this month, my goal was to find a three bedroom (3BHK=3 Bedrooms, Hall, Kitchen) furnished apartment. This seemed more suitable for our 2 year stay. We expect to have some visitors over from the Netherlands, which is why we need some extra room, and we thought that it would make more sense to rent furniture, since we would have to leave everything after two years. 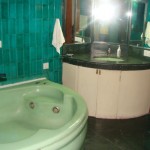 Now, if you rent three rooms in the Netherlands, then that is exactly what you get: 3 rooms. In India things are slightly different. The 3BHK that we saw on Saturday where huge! Each bedroom had an accompanying bathroom, most apartments had a hall, a living and a study. Since my colleague who was joining me for the “house hunt” had told the agent to just show us as many different options as possible, he took the opportunity to show off the most luxurious apartments he had. Some were furnished in royal style, with Jacuzzi, bedrooms with sitting space and even a few green lawns. 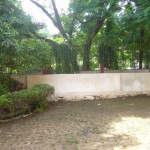 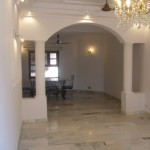 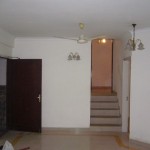 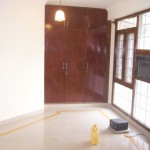 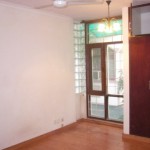 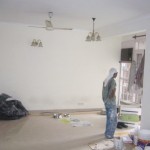 The only thing that worried me a bit was the owner, since he was not there. We went back the next day to meet him and I couldn’t have been happier when he proved to be a friendly, patient, hospitable and relaxed Indian man with a sense of humor who was well-educated. We agreed that he would rent me the apartment. Now renting a house is nowhere as easy as that and the rest of the week we spend arranging the contracts and registrations and all other things that have to be arranged when you want to rent a house, but at the end of the week everything is arranged and I’ll be moving into my apartment in South Delhi this Sunday!
The next step in this project is furnishing the house at least to such extend that I can live there next week and we can settle in in October. In the mean time I will be taking some Hindi lessons. I will keep you posted.

Good story Maarten. You make the painful task of house hunting sound like fun. Have a nice stay!

Hi Maarten, I am enjoying your tales very much. This might be the most interesting of the series so far. Looking forward to hear the rest of it.