In the previous post (Applying Little’s Law in Agile Games) I described how to calculate the quantities in Little’s Law. As an example this was applied to the Agile game of folding airplanes consisting of 3 rounds of folding. 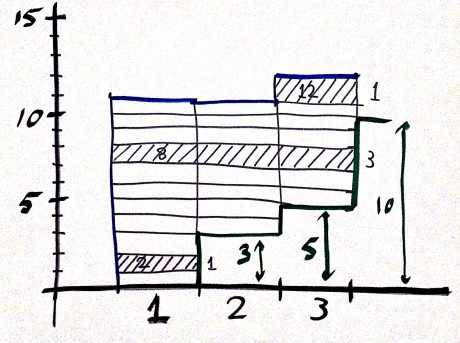 In the figure below the number of airplanes picked up by the team in each round are indicated with red numbers above the round. 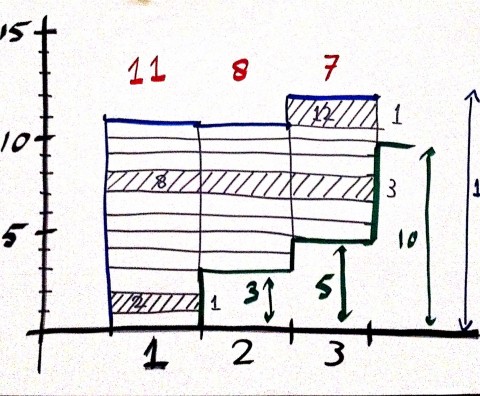 Now that we have determined the waiting times and amount of work in progress, let’s calculate the average waiting time and average work in progress.
Average Waiting Time. This quantity we get by adding all waiting times and dividing by the number of items. This gives 26/12.
Average Work in Progress. This quantity is equal to (11+8+7)/3 = 26/3.
Average input rate. This is equal to 12 (the height of the third column) divided by 3 which gives 4.
Again we find that: Average Waiting Time = Average Work in Progress / Average input rate. 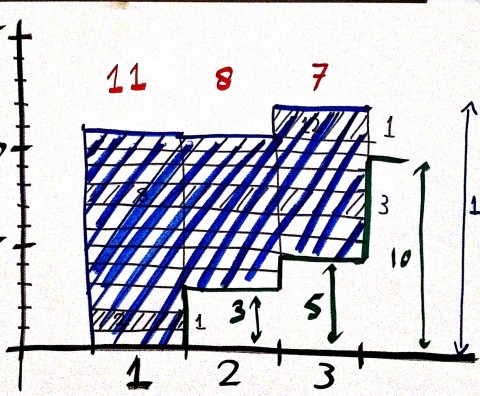 What assumptions did we make? None…well this is not exactly true. The only assumptions we make in this calculation: