Staffing a new project is always a challenge. Juggling availability, experience and personal preferences, the proper mix of people has to be found that can make the project successful. Once this has happened, the project can get going and the newly formed group is expected to get on with the business of creating software.
One thing that is often forgotten is that the “project team” really isn’t a team at all yet — they are a group of people who have been put together to accomplish a goal. Chances are that at least some of the people have not worked together before and that there is no common ground for them to become a team. According to Bruce Tuckman, their evolution as a team can be divided into four stages:

When a team first gets together, it enters the forming stage. Team members are usually on their best behavior, working mostly independently. The team members get to know each other and learn about the project goals and issues.

In this stage the team members open up to each other and confront each other’s ideas and perspectives.
In some cases this phase can be resolved quickly, depending on the maturity of some team members. Immature team members will begin acting out to demonstrate how much they know and convince others that their ideas are correct. This phase is necessary to the growth of the team, but can be unpleasant to members of the team who are averse to conflict.

When a team enters the norming state, team members adjust their behavior to each other and agree on how to work together.

Some teams will reach the performing stage at which point the team is able to function as a unit and finds ways to get the job done smoothly and effectively without inappropriate conflict or the need for external supervision. Team members have become interdependent.

To assist in the norming stage, it helps to conduct a facilitated norming session with the entire team. In this meeting, the team performs two activities. The first, team norming, serves to establish working agreements that enable the team to work together. Rules, values and professional behavior fall under this heading. Team chartering, the second activity, deals with shared methods and tools. The resulting agreements should be prominently posted (on the wall or a Wiki) and be visible to everyone. These agreements provide the basis for effective team work and can be referred to in the case of disagreements.
As an example, here are some agreements the team came up with when we held a team norming session at one of our project:s:

In my experience, team norming and chartering helps to give a newly-formed team some common ground from which to start. Open discussion of the practices and processes used to develop software ensure that everyone has a chance to contribute. The results from such a session can be referred to in case of disagreements and when new people join the team. 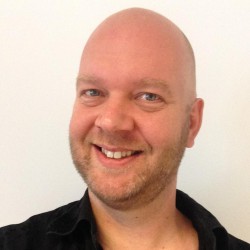