Building an AR app in a day

Recently we did a Techrally day at one of our clients, Intergamma. The client provided a couple of subjects of their interest, from voice search to automated classification. With a team of 4, we decided to build an augmented reality mobile app which shows DIY assembly instructions to help a customer ‘on the spot’. Did we succeed? Read on…

After chatting with the Intergamma product owner, we came up with the following user journey:

We immediately started to do some research on the different key parts of the proposed app:

Thanks to the continuing effort of Google, the ARCore library is now available for both iOS and Android. The library ticked enough feature boxes for our proof-of-concept. We were especially charmed by the Augmented Images feature that has been recently added to the ARCore lib.
The ARCore library comes as a standalone library that you can include in any mobile Android or iOS app. It gives you a nice set of APIs to create an augmented reality experience. Yet it’s quite low level and you get not that much help importing 3D models or setting up animations.
So we also looked at using Unity: a game engine that has transformed in the last years to a do-it-all package for creating 3D experiences. It comes with its own development environment that provides features such as Instant Run to test your app under development. That sounded like a perfect match for our proof-of-concept. We started off downloading the Unity environment and ARCore packages.

Two team members got busy with drawing and animating 3D wall sockets in Blender. One of us got a little distracted and looked at the Vuforia library as an alternative AR library. Needless to say it delivers it promise. But we finally settled with ARCore for the final proof-of-concept. It’s good to know there are more libraries out there that offer good cross-platform AR support.
As first-time users of the Unity development environment, we were a bit overwhelmed by all the options of the tool. You start of with a Project that contains your app’s assets. Assets can be ‘prefabs’ (3D models with texture and animations), 2D images, C# scripts, configurations and so on. A scene is a hierarchy of instances of those scripts, prefabs and other stuff like overlays. The scripts then can refer to these instances and interact with the scene hierarchy. For instance, a script can move a prefab around in 3D space or show an overlay.
Of course we skipped reading the docs and we found ourselves stuck. You need to make ‘magic’ connections between configuration fields and instances. We only heard later that you need to do this by dragging and dropping them.
Apart from the sometimes unintuitive interface choices, the Unity environment gave us a head start. Installing the app on a connected Android phone went without pain. Creating a couple of UI texts to display was plain easy. Writing small update scripts in the included C# editor was OK, autocomplete helped us out.
The AR library comes with a Unity plugin that lets you create a database of augmented image markers. We first thought the plugin did not work as it kept ‘analysing’ an image. Then we found in the log view that the analysis failed due to low contrast and repetitiveness in the image. Changing the marker image solved that. 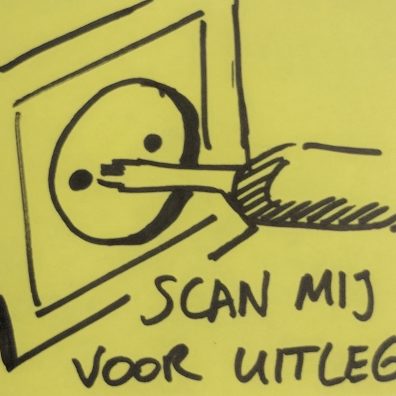 All pieces connected in time for the presentation deadline. Luckily the demo went smooth! 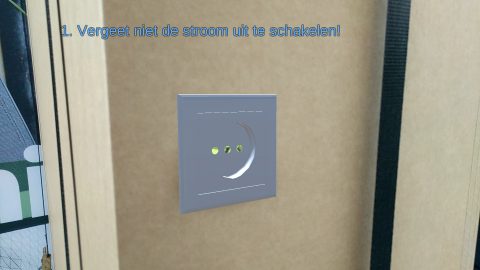 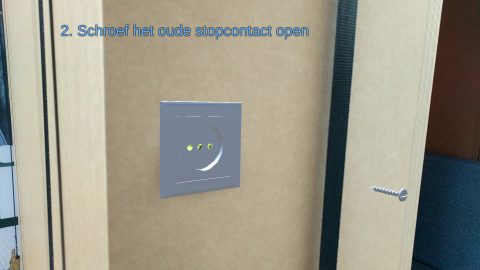 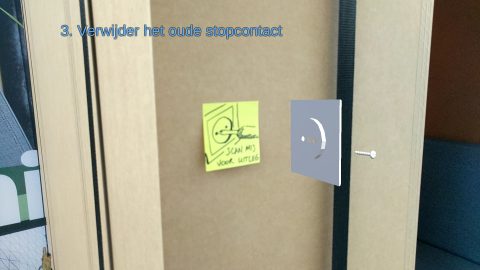 All in all we look back on a fun day and we’re inspired to work on new AR projects in the future.