Recently, I was called in by a company with a website in trouble. And because they make all their money on-line, it was evident that they really wanted to have the issue solved. The day I came in, the site had gone down about 5 times the last 24 hours. Because of this they got less traffic, which directly meant less revenue. The log files showed periods of long response times and OutOfMemoryErrors. Their questions were: Why do we get this behavior? and How do we fix it? My short answer turned out to be: because of too many loitering objects; and this can be fixed by not holding on to them in the HTTP session. I’ll explain.

VisualVM
The tool they already used and actually was new to me was VisualVM. 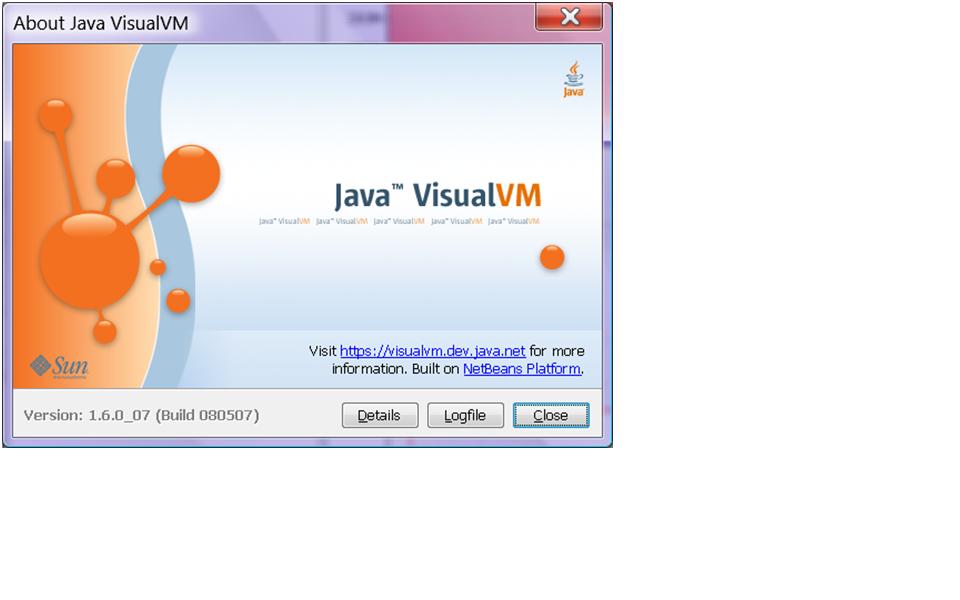 It is similar to jdk’s jconsole in that you can visually look into the JVM. It actually has a plug-in architecture by which for instance parts of jconsole are plugged into visualVm to see heap and thread usage, loaded classes and MBeans. For lower overhead than jconsole, it however has less detail in sections like heap. It also has a profiler plug-in which is the Netbeans profiler. So you can actually CPU or memory profile local applications from it. And since the recent version 1.6.0_07 the JDK has this great tool bundled with it now. In case you cannot find it in the JDK: they have renamed it to jvisualvm. 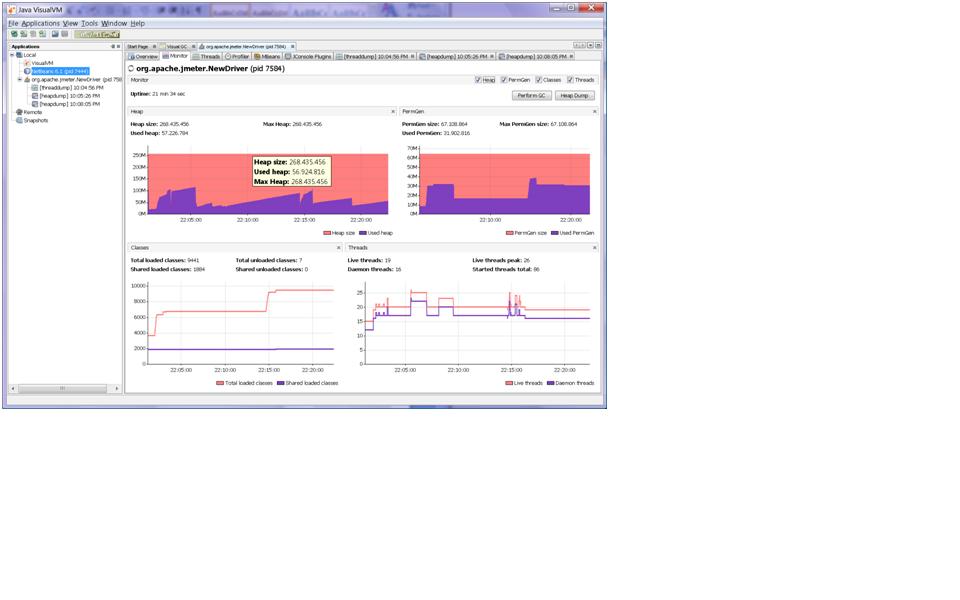 VisualVM helped in that we could see in the generated stack dumps that threads were often waiting for some log4j lock. Reason being the log level was set to DEBUG. Setting it to INFO improved performance somewhat. However, in this case visualVM did not bring me the crucial facts. Reason for this was twofold. The first was the lack of detail I mentioned and the second was the type of tool, being one having to be a witness of the problem situation to be able to analyze it.

We see here the fall-over from doing mainly GC’s (young space) to mainly Full GC’s, so from short pauses to long pauses. Actually every 6 seconds or so, and a collection takes 3.5 s. So a lot of time is spent in gc. As you can see, however, some memory is still reclaimed. With HPJMeter I could see this in nice graphics to draw conclusions: 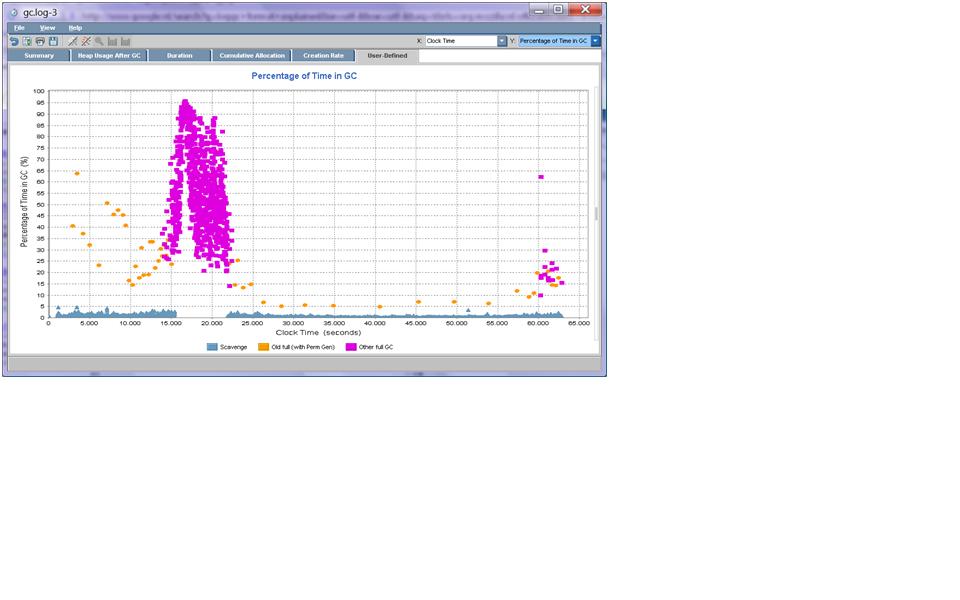 So, it became clear to me that the site was so slow because up to 95% of the CPU cycles were spent on garbage collection, which left only 5% to the application itself.

Heap analyses with Netbeans
So, now it is time to do more heap analyses. Netbeans has a great built-in profiler with a useful heap analyzer. We found that most of the memory was used by Category objects, which was not intended as such. By using the heap walker we could find that references to it were mostly held from Tomcat session objects. So, each HTTP session had its own copy of these Categories and they were kept hanging around for half an hour: the default HTTP session timeout. The term for this kind of objects is: loitering objects.

The quick and the real fix
At this point we could devise a quick remedy: decrease the HTTP session timeout from 30 to 5 minutes. This reduced most pressure on us fixers and gave us some air to breath. Then we created some tests and were able to reproduce the behavior in a test environment. Looking at jconsole also clearly showed the growing usage of old space. 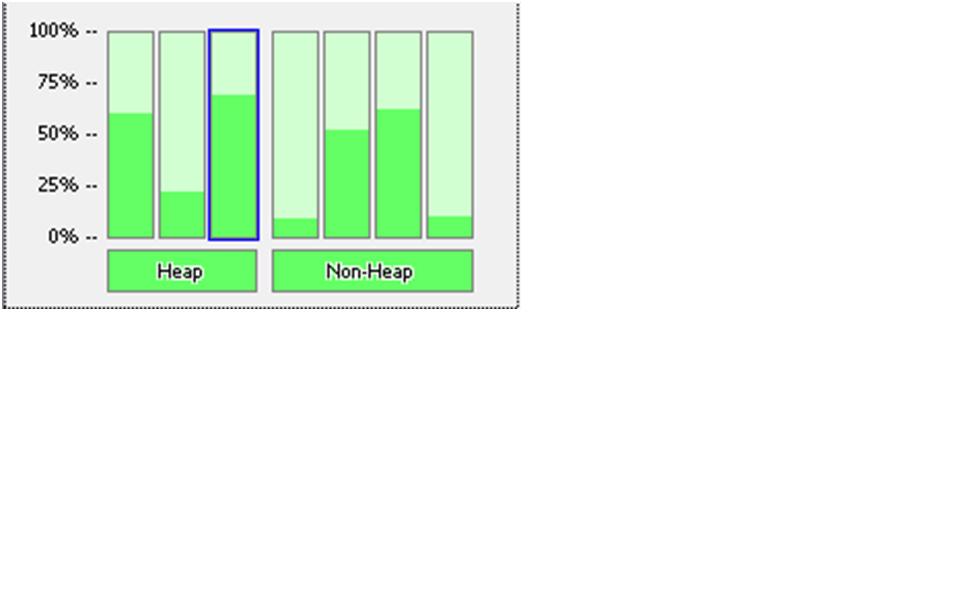 In the source code we could easily find the place where all category objects were loaded from the database, put in a cache once and, along the way, also a copy in each user HTTP session. For no reason really. And with 1700 user sessions this took most of the memory.

So, this was a no-brainer to solve in the code. And after deploying and setting back the session timeout to the default 30 minutes, problems were solved. I love it when a plan comes together.

Learn more
If you want to learn more about this stuff and get hands-on experience, come to my class of “Speeding up Java applications” in April or November 2009.

Beware of transitive dependencies… For they can be old and leaky

The Task Burn Down Trap: everything finished, nothing done

It seems that you guys are aware of the Eclipse Memory Analyzer(
http://blog.xebia.com/2008/09/15/beware-of-transitive-dependencies-for-they-can-be-old-and-leaky/)
and you are still using Heapwalker? 😉

Yes, in this case heap walker did the job smoothly.
I think both tools deserve to be in my toolbox.

Some help for using VisualVM in a production environment, behind a firewall, using the SOCKS proxy functionality of putty/ssh:
http://labs.skiinfo.com/?p=77

fyi, HPjmeter 4.0, which was released in May 2009, has improved support for -XX:+PrintCGDetails.

Great Explanation in the Article !!!