When running a unit test target needing an entitlement (keychain access) it does not work out of the box on Xcode. You get some descriptive error in the console about a “missing entitlement”. Everything works fine on the Simulator though.
Often this is a case of the executable bundle’s code signature not begin valid anymore because a testing bundle was added/linked to the executable before deployment to the device. Easiest fix is to add a new “Run Script Build Phase” with the content: 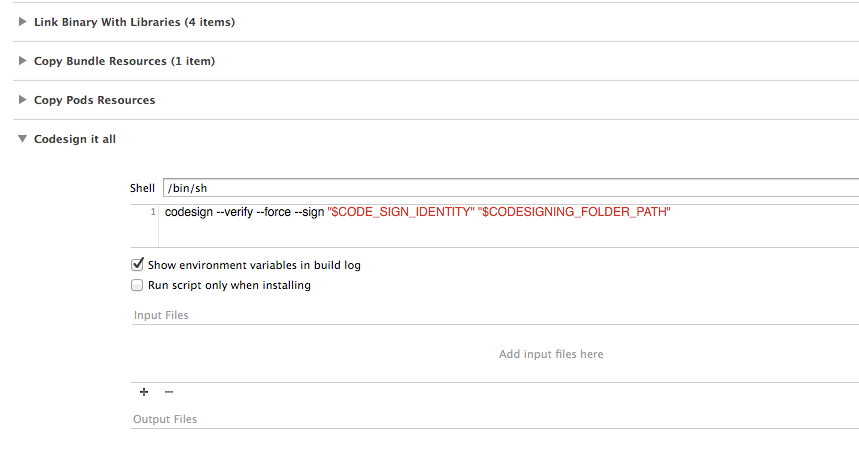 I think you mean “… undescriptive error …”

@Chi Thu Le: This could be any number of things. I would first try and get it running in Xcode itself, if that works, start digging.
You also need the correct settings for the SDK and Architecture. Especially the SDK one (“-sdk”) is the one you’re looking for.