Which nicely abbreviates to VSTS, an acronym people who were using TFS in the 2005 and 2008 era may remember :). In remembrance of that great heritage: 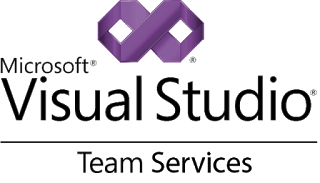 Note to self: Here we go again, renaming all tags on the blog and trying to get the StackOverflow tag renamed *again*.

by Jesse Houwing
Jesse is a passionate trainer and coach, helping teams improve their productivity and quality all the while trying to keep work fun. He is a Professional Scrum Trainer (PST) through Scrum.org for the Professional Scrum Foundations (PSF), Professional Scrum Master (PSM) and Developer (PSD .NET) programs. With a strong background in the .NET platform and C#, Jesse is able to translate the needs of development teams when it comes to tools to manage work, build the code and keep quality up. He has contributed to a number of open source products that extend â€“ as well as supported commercial tools like NDepend in their integration into â€“ Team Foundation Server. Jesse regularly blogs and contributes to numerous communities on StackExchange and MSDN networks, he has received the Microsoft Community Contributor Award three years in a row and has been recently been awarded the Microsoft Most Valuable Professional award. Heâ€™s spoken at conferences and user groups, including the Microsoft TechDays and the Scrum Day Europe. Trainer certifications: Professional Scrum Foundations Professional Scrum Master Professional Scrum Developer (.NET) Scaled Professional Scrum (SPS) Scaled Agile Program Consultant In past years Jesse has delivered ALM, Test Automation and Scrum training all over the world, most recently in Sydney, Milan and Bangalore. He has redelivered materials from industry leading partners as well as developed his own. In addition to the previously mentioned subjects Jesse has taught courses on Visual Studio, Object Oriented Analysis and Design, Design Patterns for C# developers, Unified Modelling languages and Regular Expressions. Jesse is married with Charlotte, recently became father of his first daughter and lives in a house thatâ€™s more than a century old in the beautiful city of Utrecht. He loves espresso and dark chocolate, travels a lot and takes photos everywhere he goes.
Login
0 Comments
Inline Feedbacks
View all comments

Jesse Houwing 12 Feb, 2017
Uncategorized
Connecting to TFS from any version of Visual Studio