True Agile Stories : The Invincibles and the Velocity Trap 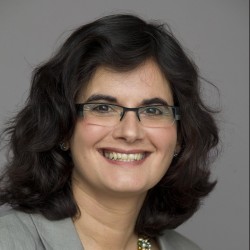 Let me introduce you to Nick, Martijn and Harold.   Junior developers at a large company. They were good.  They were young. And they were angry.
Angry, because they felt they were being held down by the system. As junior developers they only got to do simple, boring work.  They were unable to show all their knowledge, or use the cool things they had learned in college. Their salary matched the level of the work they did, and this was another big frustration.
Then one day the company decided to transfer to Agile, and the lives of Nick, Martijn and Harold changed. While in the beginning it looked like a great improvement, the young men soon got trapped…

Nick, Martijn and Harold eagerly volunteered to be on one of the first Agile pilot teams, together with a senior developer, two testers and a Scrum Master.  They bonded quickly and called themselves the Invincibles.
Now Nick, Martijn and Harold got the opportunity to show their skills. They took on hard programming challenges. They paired with the senior developer and the testers. They learned from them, but also taught them a lot. Things were great, and this was only the beginning.
Their velocity was at 18 points.
The Invincibles were highly competitive. They were determined to prove that they were the best team of all. Since velocity was important, they made sure their velocity went up. Sprint after Sprint. They delivered what they committed to, and even more.
Their velocity was now at 25 points.
The stakeholders loved them. Management loved them. Their team was set as an example to the entire company.
In order to increase their velocity even more and meet their ever-growing commitment, the Invincibles started to do overtime.  Our young men enjoyed these evenings a lot. Free pizza and Coke! Male bonding.  It felt just like the good old days back in College.
And velocity reached a stunning 30 points.
One overtime evening turned into two, two into an entire weekend… At the Sprint Demo, the Invincibles turned up bleary eyed and unshaven. But they had once again broken their velocity record, and the stakeholders were simply thrilled.
Velocity was up to 40 points!
The atmosphere in the team became more and more competitive.  The senior developer could not keep up with the young men’s high pace.  So they kicked him out as they felt that he was slowing down the team.
One of the testers, who had 3 young children, was unable to participate in all the overtime nights. He had to leave, too. Only people with the true Invincible spirit were tolerated on the team.
The stakeholders, who were facing a product release, kept pushing for a higher velocity. They simply needed all the functionality in the release. They knew the Invincibles could do 40 points! Eager to please them, the Invincibles agreed to do it  once again.
However, even young men get tired. They started to cut corners in order to keep up the high velocity. The number of bugs increased.  Technical debt increased.  But they were still satisfying their stakeholders, which was their main concern.
40 points! Again! And Overtime. Once more.
The day of the release, they were worn out. They had spent so many nights at the office. At the same time they were also very proud and relieved. They had made it! All the stories the stakeholders had asked for were in the release. When they went home after deployment they already imagined the huge party the stakeholders would throw for them…
The release was a disaster.
Major defects. Furious stakeholders. Escalations. Angry executives. No party.
The Invincibles were miserable. While they had tried so hard to please everyone, in the end nobody was happy.  Was this what they had worked so hard for?
The Invincibles had fallen into the velocity trap.
—————————————————————————————-
What happened to Nick, Martijn and Harold?  Well, they were young and they bounced back.  And they learned.
They still like to challenge themselves, but they have learned to set their limits.  They have grown more respectful of their colleagues. They refuse to cut corners.  And they often have pizza and beer together, but outside of work.
The quality of their work has increased, the team atmosphere has improved, and this has lead to a stable, high velocity.
The Invincibles have now truly become invincible.